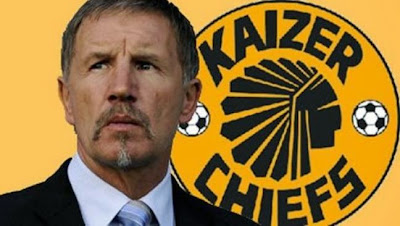 Baxter not happy with Referee : Speaking after his side were eliminated from the CAF Champions League by AS Vita, Kaizer Chiefs head coach Stuart Baxter was not happy with the officiating.

According to him, goals from Knowledge Musona and Morgan Gould were not enough for AmaKhosi as AS Vita went through as 3-2 aggregate winners, but Baxter was not pleased with the officiating and the AS Vita goalkeeper.

"We get the second goal, hope the ref is counting the seconds the keeper took, but three minutes was a smack in the face," Said Baxter "My biggest regret is that, when the world sees officiating like tonight, they laugh at Africa. "The keeper was an embarrassment. Sometimes he (Nguemba Lomboto) took 15-16 seconds on the ball, it just got worse and worse."